Genshin Impact Game is Getting an Anime Adaptation

During a developer’s broadcast on Friday, the series’ creators unveiled a first look and concept trailer. HoYoverse has described this as a “long-term project,” so it will probably be some time before the final episodes are released given that this is simply a concept trailer.

The official “Genshin Impact” account of the game developer tweeted on Friday, “Let’s step into this vast magical world of adventure together!”. “The long-term collaboration project between Genshin Impact and ufotable has begun.” The anime series’ projected premiere date was not disclosed by the production companies, and the video offers no concrete hints as to what the show’s potential focus may be.

Let's step into this vast magical world of adventure together!
The long-term collaboration project between Genshin Impact and ufotable has begun.

2020 saw the initial release of “Genshin Impact,” which has since grown to rank among the top-grossing mobile games. Players in the RPG explore an open environment in quest of the seven elemental Archons.

“Ninja Nonsense,” “Coyote Ragtime Show,” “The Garden of Sinners,” “Fate/Zero,” and “Demon Slayer: Kimetsu no Yaiba” are a few of the works produced by Ufotable. The company has also worked on other video game adaptations, such as “God Eater” and “Tales of Zestiria the X,” both of which are based on Bandai Namco games.

Later this month, Genshin Impact will commemorate two years of operation. Players of the free-to-play game embark on a fantastical trip that travels through different areas inspired by actual nations. The game is well-known for its breathtaking natural surroundings, and it appears that the anime series will incorporate same design features as well. Developers updated users with fresh information for the impending 3.1 patch on Friday. 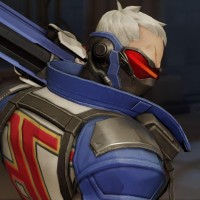